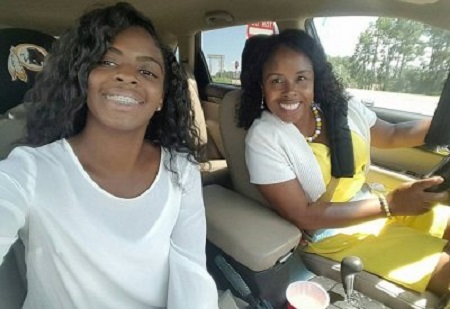 18-Year-Old Kamiyah Mobley has her first interview and defends her abductor After Being kidnapped as baby.

Kamiyah was taken from from a Florida hospital in 1998 as a newborn and raised by her kidnapper Gloria Williams.

Kam said she forgives and loves the woman she believed was her mom  and insisted the alleged abductor doesn’t deserve to spend the rest of her life behind bars.

“From that one mistake, I was given the best life,” Kamiyah Mobley told ABC’s “Good Morning America” Wednesday. “I had everything I ever needed, wanted. I had love, especially.”

Gloria Williams, 51 was put behind bars last week on charges that she swiped an 8-hour-old Mobley and then raised the baby with the name Alexis Kelli Manigo.

In her first interview since the news broke Friday, Mobley fiercely defended Williams, calling her a “gentle woman” and saying that it was painful to see her taken away in handcuffs.