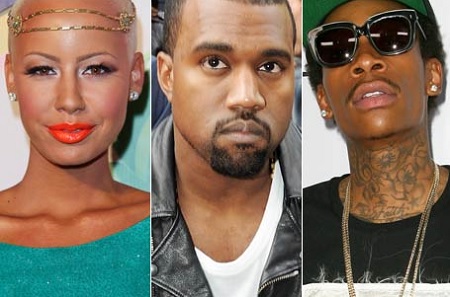 Wiz Khalifa is not to happy about Kanye West’s decision to rename his Swish Ablum to “Wave”.

Wiz is basically paying his respects to Charly Wingate, aka Max B a artist from Harlem, New York who signed a deal with fellow Harlem rapper Jim Jones’ ByrdGang group.

Max later ended up going his separate ways after him and Jim had some sort of beef…Any way Biggaveli was known for using the slang “Wave” + “So Wavey”…(Sounds Corney Right).?

Wiz Khalifa in particular was pretty pissed at Mr West, suggesting that Kanye stole the, well, wave of Mr. Wavie Crockett himself from Max B.
Today Kanye clapped back at Wiz Khalifa by going on a twitter rant today saying some awful things about Amber Rose and even adding thier child in the drama..

This is to much just Check it out below 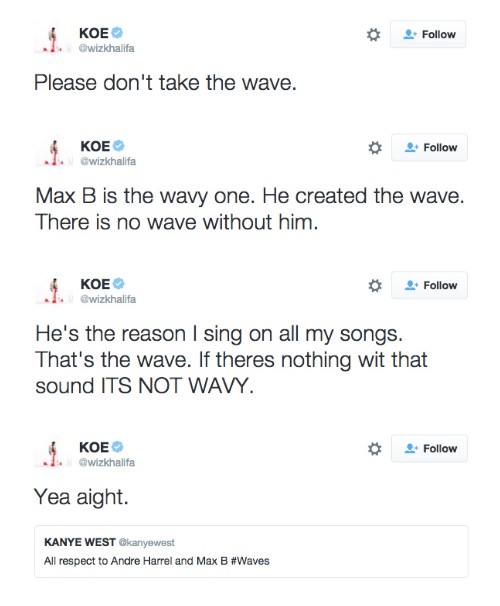 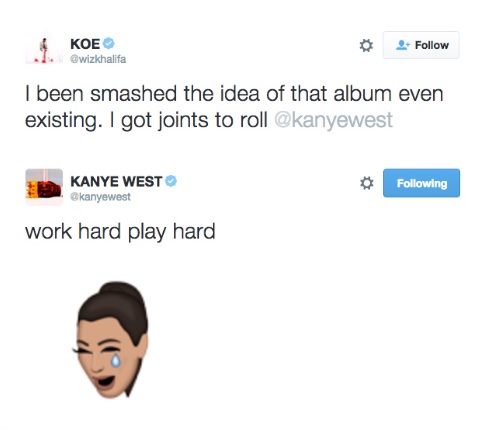 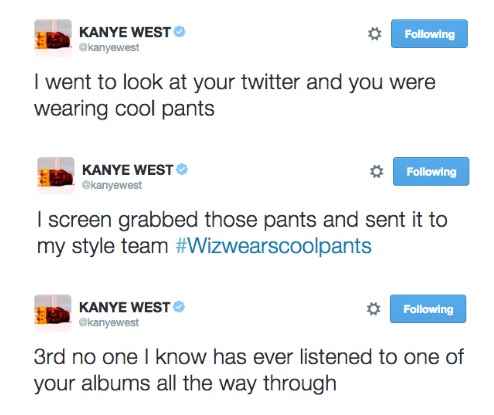 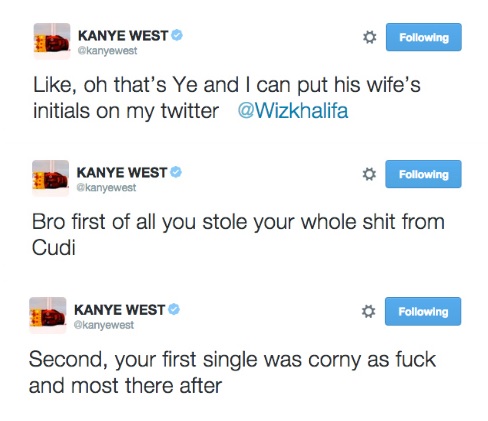 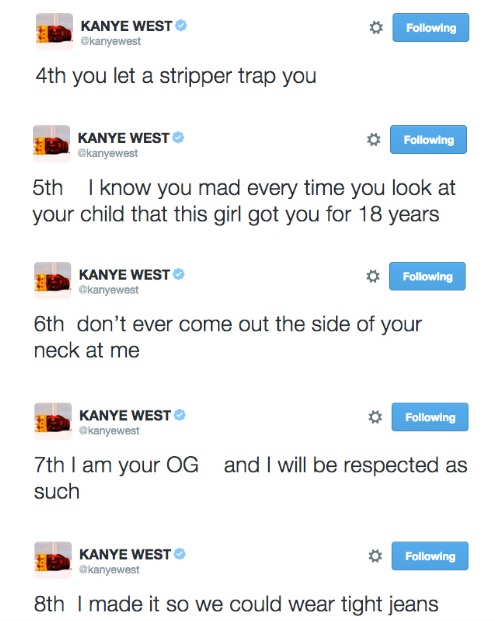 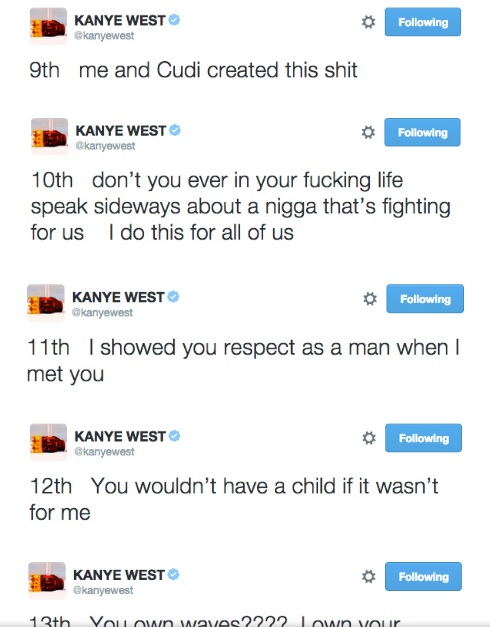 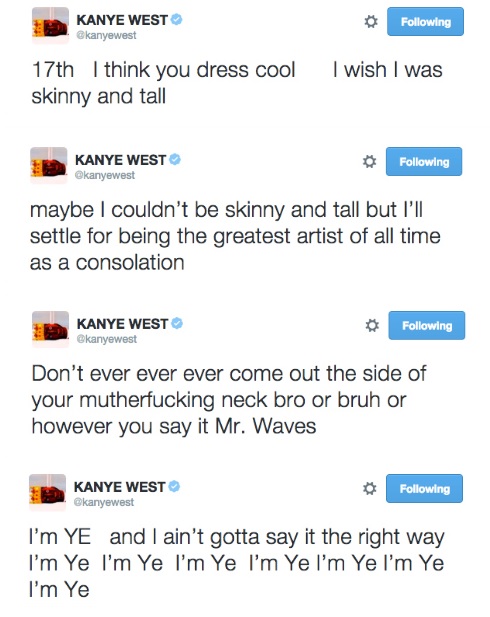 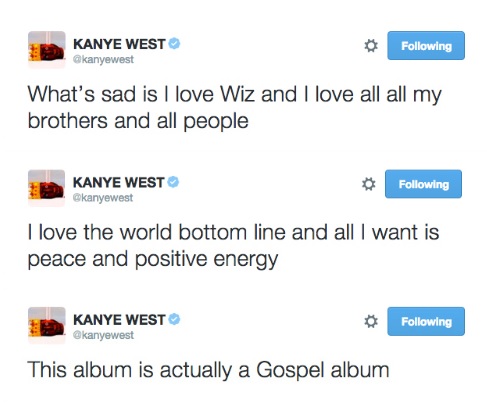 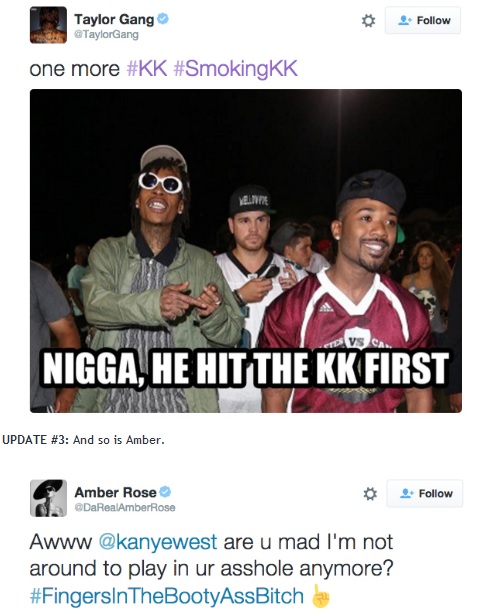