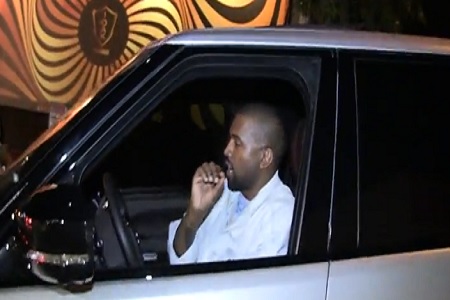 It is very clear that Kanye has some type of bipolar disorder..Every time he says something F*cked up he later apologizes.

Kanye recently went on another Rant last night 2/23/2016 when he hit the stage during Yo Gotti’s Art Of Hustle album release party at a nightclub in Las Vegas.

Yeezus doubled-down on his claim that he told Taylor Swift about his lyric’s and she was cool with it, even if her Grammys speech suggested otherwise.

Yeezy gave props to Jay Z and Tidal, but he also spoke about Amber Rose
calling her a Bit*h before stating She never stuck a fingers in his a*s,” Kanye screamed, as seen the video below. “I don’t play like that.”