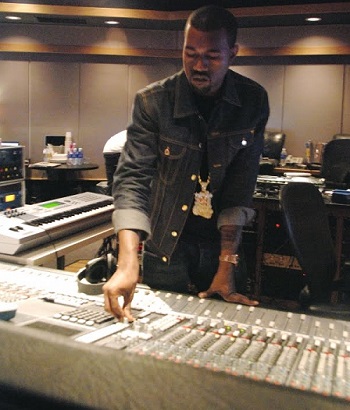 According to TMZ rapper, producer, fashion designer Kanye Omari West studio was robbed in California for more then $20,000 worth of equipment last week.

Kanye suspects it was an inside job done by someone who had access to the space located in Calabasas.

West spent most of his tome at the studio in fact Yeezus recorded most of his tracks from his new album “The Life of Pablo,” The private studio is located near his home he shares with his wife, Kim Kardashian, and their two kids North and 5-month-old Saint.
Among the stolen items: several laptops and desktop computers.

Luckily, Yeezus, 38, had placed “heavy-duty tech security” on the computers so “no sensitive information was compromised,”.

This isn’t the first time Yeezus fell victim to someone trying to steal his property.

The Calabasas police have yet to identify any suspects.