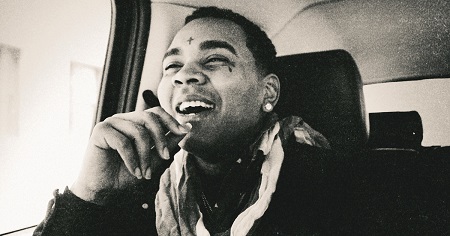 Rapper Kevin Gates was heated when he was kicked back in jail on 3/24/2017 as authorities were just about to let him out of jail.

Gates was sentenced to 6 months for kicking a female straight in the face during a Florida show but when his time was finished police found an outstanding weapons-related warrant, so he went back inside.

Today rumors are servicing around saying that the Baton Rouge, Louisiana rapper was spotted at Orlando International Airport catching a flight!

According to  DJ AKadimks and other sources the photo below is false Gates was transferred to Chiraq. He’s now in Cook County Jail for Weapon Charges.