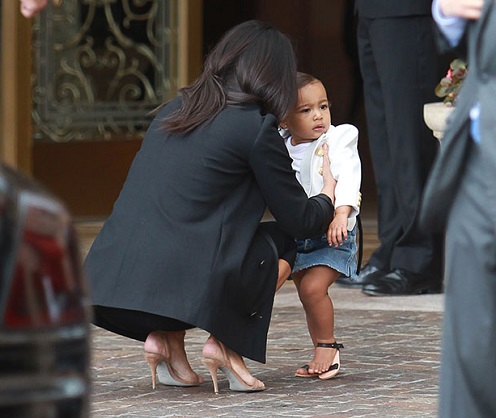 Kim Kardashian, her daughter North West and sisters Khloe and Kylie Jenner was in a   car accident in Montana.

According to TMZ Kim, North and her sisters Khloe and Kylie Jenner were in a vehicle driven by the youngest Kardashian on Saturday morning when a “semi-truck drove by their car and kicked up a ton of snow, hitting their windshield.”

The snow blocked Khloe’s vision, reportedly causing her to swerve into a patch of black ice and then spin into oncoming traffic before landing in a ditch.

“Thank you God for watching over us and keeping us safe,” Kim tweeted Saturday afternoon.

“They’re shaken but all okay,”.

The reality stars were in Montana for a skiing trip to celebrate the birthday of Kim’s best friend Jonathan Cheban, with Kim, Khloe and oldest sister Kourtney all sharing photos from their holiday on Instagram.

The Kardashian family’s car accident comes two weeks to the day that patriarch Bruce Jenner was involved in a fatal four-vehicle crash in Malibu.