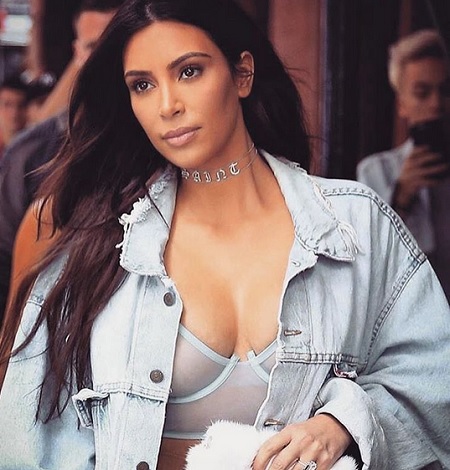 Wow: Kim Kardashian West was held at gunpoint by gunman in her Paris hotel room by masked men dressed as police officers.

Kim’s husband Kayne West was performing at the Meadows Music & Arts Festival Sunday in New York when he had to cancel the show after receiving the terrible news.

The reality star has been in Paris for the last week for Fashion Week.

Her children, North, 3, and Saint, 9 months, were not involved in the incident Sunday night, PEOPLE has learned.

It is not yet clear whether she was robbed.

Kardashian has been on a high-profile tour of Paris Fashion Week all week – until Wednesday with Kanye. She was also joined by mom Kris Jenner and sisters Kourtney Kardashian and Kendall Jenner.

On Sunday, she attended the Balenciaga show before stepping out with Kourtney for a dinner hosted by designer Azzedine Alaïa.

Sources say Kim was robbed at gunpoint for $1M worth of Diamonds.

#TeaWithHoney: And just like that it was a wrap for #TheMeadows after #KanyeWest abruptly ended his set due to a “family emergency” #Developing (? @Jay_Conrad) – Full story at www.honeygerman.com

This story is developing..Click the link below for updates