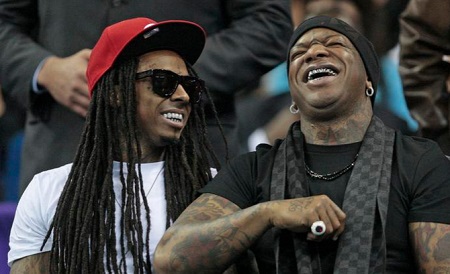 Lil Wayne is accusing Birdman for running through 70 Million dollars he was supposed to share..

Lil Wayne says Universal Music Group advanced Birdman $100 million for a distribution deal, but not nearly enough of that money fell into Weezy’s pockets … according to legal docs obtained by TMZ.

He’s clearly pissed because, on paper anyway, he and Birdman are partners on Cash Money/Young Money. He claims Birdman’s admitted spending approximately $70 mil of the advance on royalties, marketing and recording expenses — but now Wayne wants to see receipts to back that up.

And here’s all you need to know about why Wayne’s $51 million lawsuit is dragging ass. Birdman’s camp says it’s already handed over 22,015 pages of docs to Wayne’s lawyers!

Team Weezy says none of those pages included details on how the $70 mil was spent.