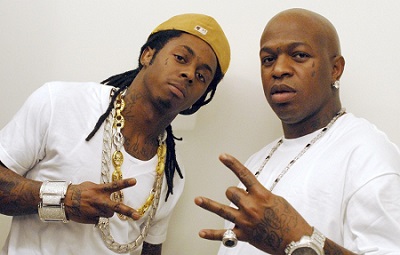 According to TMZ Dwayne Michael Carter, Jr., known by his stage name Lil Wayne is looking to collect some money by suing the CEO of Cash Money records Birdman for $8 million.

The face of Cash Money/Young Money records is now going after the YMCMB CEO, suing Birdman for $8 million.

Weezy is pissed at Birdan for refusing to release his new album Tha Carter V.

Lil Wayne just dropped a Mixtape titled  Sorry 4 the Wait 2 as an apology for the album’s delay and on the mixtape he basically airs the Cash Money camp out.

Who kept this shit together? Nig*a, me, that’s who
Who was there when nigg**s left us? N***a, me, that’s who
Cash Money is an army I’m a one-man army
And if them n****s comin’ for me, I’m goin’ out like Tony
Now I don’t want problems, I just want my money
Ain’t gotta hold no conversation or my luggage
Tell whoever’s countin’ that I’m on a hundred
Birdman Jr., more like Ugly Duckling”.

Nicki Minaj  and Drake are Lil Wayne‘s goldfish … ’cause when he finally storms out of Cash Money Records — a la “Jerry Maguire” — he’s taking them along for the ride … even if Birdman has other plans.

Our Weezy sources tell us — in addition to demanding millions from Birdman — Wayne plans to sue to ensure all his Young Money Entertainment artists remain under HIS umbrella.

Drake, Nicki, Christina Milian, and Lil Twist are all signed to Wayne’s label. Mack Maine is also a YME artist, and the label’s president.

Even though Birdman was integral in molding Drake and Nicki’s careers … we’re told Weezy believes the superstars should go with him because their contracts are with YME.

Clouding the issue is the fact … Cash Money has a distribution deal with all of the Young Money artists. Most likely the matter will have to be settled in court, but we’re told Wayne’s intent is clear — he’s not leaving without his crew.