A terrible rumor surfaced the internet about rapper Lil Wayne claiming that Weezy was planning to announce his HIV positive status to the public.

A photo of Nicki Minaj allegedly “visiting Weezy in hospital”surfaced on social media and fans quickly responded with hashtags including #PrayForWeezy.

Weezy responded to the non- sense earlier on twitter then erased the message. 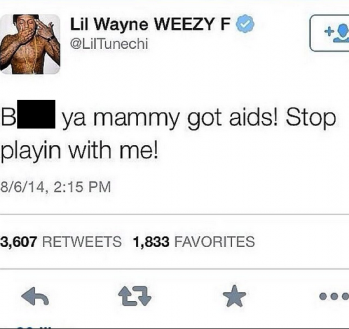