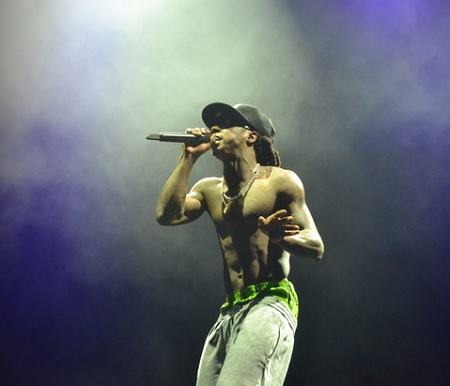 Lil Wayne take Shots At Cash Money while on stage with Drake..”Them Other Ns Fking Me Over Right Now, Fk Cash Money!”
Via Worldstar
Drake surprised his fans in Houston during his second sold out show at the Toyota Center on Sunday, September 4, when he brought out Lil Wayne. Before exiting the stage Weezy took shots at Cash Money Records. “I always know I got a motherfucking family in Rap-A-Lot. So, before I leave, I leave you with some kind words. Fk Cash Money!”