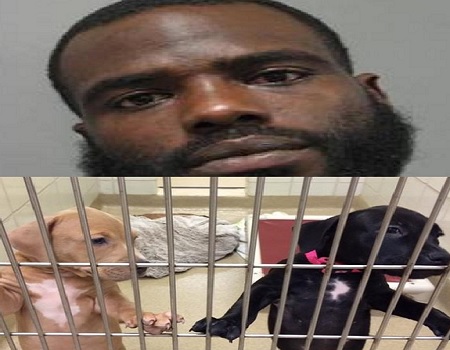 Jones was sentenced to 6 months by a  judge in Montgomery County for felony animal cruelty after he assaulted the two  6 weeks old pups “causing them to foam at the mouth”.

Even after repeated requests from officers to let go of the dogs, Jones refused, and police eventually used a Taser on him. The Taser was said to have “no effect,” officials said, and it eventually took five police officers to take Jones into custody and get him away from the dogs. The animals were taken to a veterinary clinic and examined. Officials said the two dogs were in poor condition at the time and one had damaged lungs from being abused.