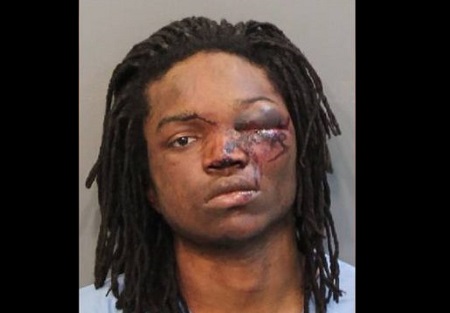 of aggravated assault after a home invasion went totally wrong.

According to reports Carter knocked on an apartment door on Mansion Circle and demanded to be let in.

That’s when the victim jumped out of the apartment’s back window, only to be discovered by Carter. The report states Carter then led the one victim back to the apartment at gunpoint to make his way inside.

Carter then demanded the victim’s cellphone and during the exchange was jumped by his two victims, who disarmed him and held him until police arrived.

One man was shot in the leg during the struggle and was transmitted to a local hospital for examination and treatment.