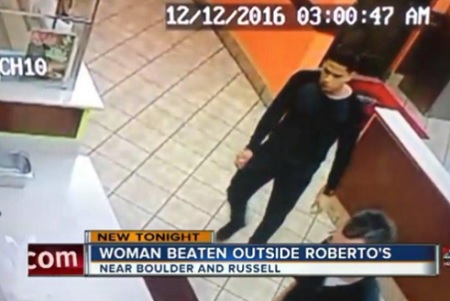 Footage shows a women being Brutally attacked at a Las Vegas taco place that seemed racially motivated were caught on video early Monday.

Carmen Porter told KTNV that she was leaving the drive-through at Roberto’s Taco Shop when the assailant yelled a slur at her.

After she parked her car and faced him near the front door, he attacked her