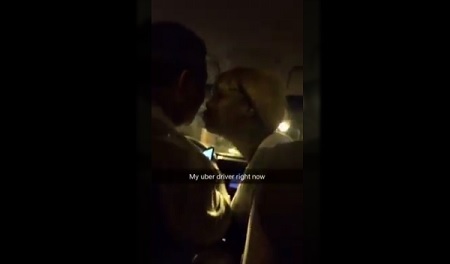 A man from Boston witnessed his Uber Driver being intimate with a woman in the front seat while visiting Chicago last week.

“It was insane,” Aner Martino said of the ride.

Martino had called for an Uber after a night out in the city on July 16 but when his ride approached, he noticed a passenger in the front seat of the vehicle.

“I thought it was a little weird, but at this point I just assumed it was either a family member or someone he knew, and I needed to get back,” Martino said.