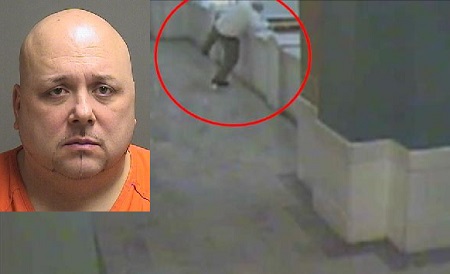 48 year-old Robert Seman Jr was facing trail this week after being accused of setting a fire that killed a girl and later killing her Grandparents.

On Monday Robert committed suicide Monday when he jumped from a fourth-floor courthouse balcony.

He was coming from a status conference before his trial was set to begin Tuesday in Portage County, 35 miles away.

“According to a couple of the attorneys and basically everybody there, it seemed like he was in pretty good spirits,” Mahoning County Sheriff Jerry Greene told the Youngstown Vindicator. “He was talking about the future of his trial, and he just decided to jump.”