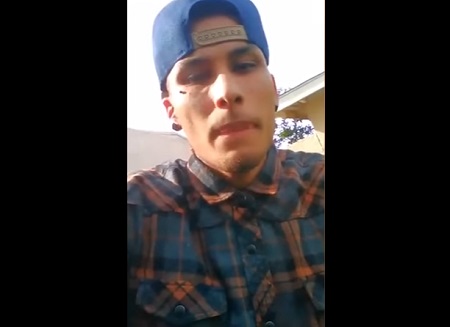 Sean Vasquez was arrested after he fired several shots into nearby cars before facing a standoff with police who barricaded Vasquez shortly before he surrendered.

Man arrested after SHOOTING at cars while livestreaming. Gunman live streams on Facebook as he shoots at passing cars and cops in Los Angeles before being arrested by a SWAT team Sean Vasquez, 20, has been arrested after shooting at sheriff’s deputies Sunday He live streamed on Facebook as he was surrounded in by a SWAT team in LA Armored paramedic truck rescued elderly residents of neighborhood in Covina