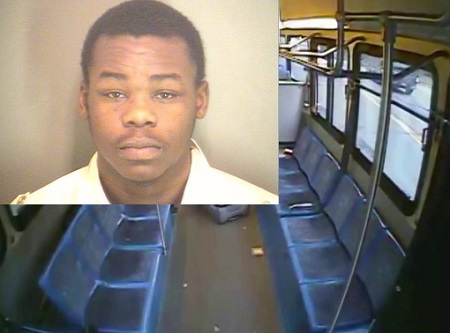 Detroit police has issued a warrant out for 26 year old DeWilliam Pugh after video shows him allegedly shooting at a bus driver that kicked him off.

Footage released Friday, a man is standing up near the front of a Detroit Department of Transportation (DDOT) bus at 8:45 p.m. on Sunday, April 23, in the area of Harper and Whittier in Detroit.