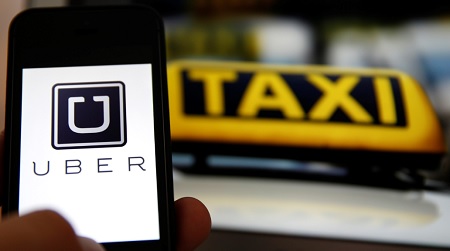 A French businessman is taking the company to court for allegedly spilling the beans on his riding habits….

The man wants to get paid big time for destroying his marriage after it was ended by a glitch in the App he believes was responsible for cluing his now ex-wife into his comings and goings.

The Uber user is reportedly seeking damages of up to €45 million, or more than $47 million,

According to the Guardian, the trouble started when the claimant’s wife began receiving updates as to her husband’s riding habits from the Uber app, which he’d once logged into using his wife’s phone in order to call a car. Though the French Riviera resident logged off, his wife reportedly continued seeing alerts from the app, including her husband’s less than spotless travel history.

“My client was the victim of a bug in an application,” said lawyer David-André Darmon, who filed the suit in a southeastern French court, to Agence France-Presse. “There’s a function to disconnect but the session was not disconnected and the bug has caused him problems in his private life.”

Reports of the user’s intent to seek up to $47 million in damages originated with the French paper Le Figaro, which also claimed that the software bug has affected other users. As of yesterday, Uber hasn’t dished its stance on the ongoing case, but told the AFP in a statement that protecting users’ private information remains a top priority.

Whether or not the anonymous man is able to prove in the court that Uber was at fault, of course, his former wife’s opinion may reasonably differ.