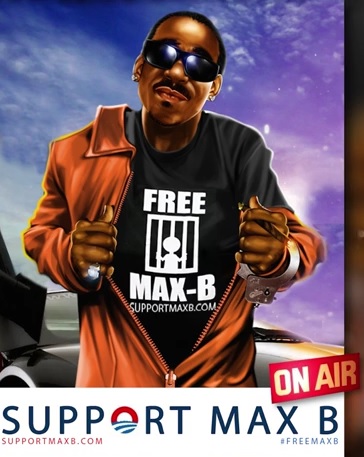 Max B is breaking his silence. After Wiz Khalifa criticized Kanye West for naming his album Waves (“Max B created the wave,” he tweeted),

Kanye acknowledged the incarcerated rapper’s influence on the wavy movement. So what does Max B think about the hoopla?

The “Wavy Daddy” called in to Power 105’s “The Breakfast Club” on Wednesday (Feb. 3) and set the record straight on how he feels about Yeezy’s Waves title.