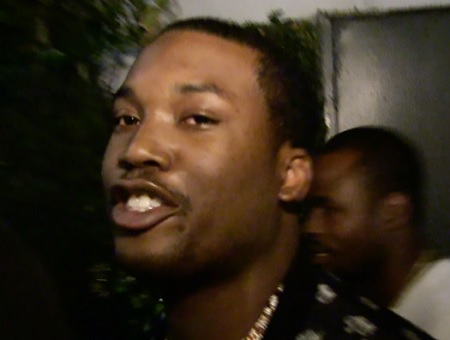 Meek said He Won’t Fight Safaree 1 on 1 As he puts it, he’s a “Don” … and Dons don’t fight,  He still denies being involved in him getting jumped.

Once was a hype man for a big rap star. He later began to date Nicki Minaj.

First of all why #MeekMill hop out like he the president ? and why #Safaree running for dare life #smfh