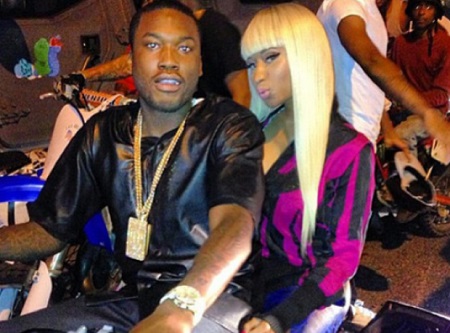 Meek later decided to be petty by uploading a photo of female shoes with the caption that read “If you walk out don’t wear these they wack”.

Nicki was seen wearing the sneaker in her and singer Ciara’s 2013 breakup song “I’m Out.”

According to TMZ: Nicki’s ex Safaree thinks it’s about time she dropped the Philly rapper because their relationship
was always a better look for Meek than her … according to a rep for Safaree.