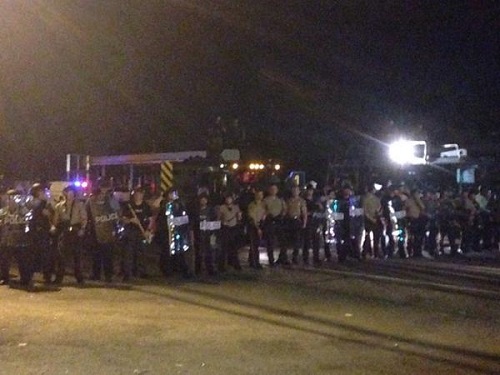 Join us for live coverage in Ferguson with reporters Jakari Jackson and Joe Biggs as we detail events in the aftermath of grand jury verdict.

News conferences are being prepared by the county prosecutor’s office and the Missouri governor, the sources said. The news conferences will likely come later Monday, but it is uncertain whether either will be used to announce the grand jury’s decision.

The sources gave no indication of whether Wilson, 28, will face state charges in the August shooting death of 18-year-old Michael Brown, which triggered a frank conversation about race and police interaction with African Americans.