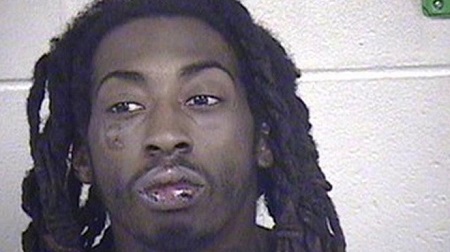 One man is in custody charged with attempted sodomy after he allegedly assaulted a 2-year-old girl at a playground.

That child’s mother managed to fight the man off, according to court documents, and now he faces felony charges.

Prosecutors said on Friday, Bates was at Kemp Playground near 9th and Harrison. A 2-year-old girl was playing on a swing when Bates, as the child’s mother told police, began “eyeballing” her children. The mother said Bates walked up behind and snatched the child off the swing, grabbing her by her hips and pulling her diaper down.

The mother said she saw Bates lift his shirt and take his pants down, and begin thrusting against her daughter. The mother ran at him and knocked him to the ground. The mother continued to hit Bates while he was on the ground.”