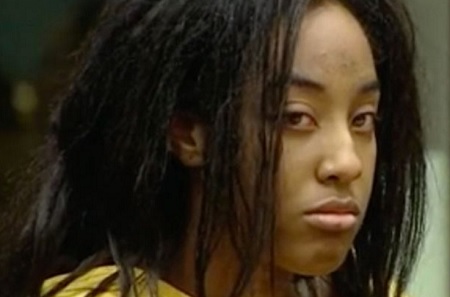 A mom has been charged with raping a four-year-old boy after a vile attack was filmed and broadcast live on Periscope.

India Kirksey was dragged into court after police say she admitting performing the sex act on the young child in Cincinnati, in the USA.

The 20-year-old from West Price Hill was arrested after someone watching the live stream more than 1,000 miles away in Texas called the authorities.

Kirksey’s arrest comes just a week after she posted two videos on YouTube of her twerking to music.

The judge threw Kirksey behind bars at Hamilton County Jail, setting her bail bond at $350,000.

In the videos she is in a bedroom, wearing small denim shorts and a white vest, as she dances for the camera while a child can be heard crying in the background.