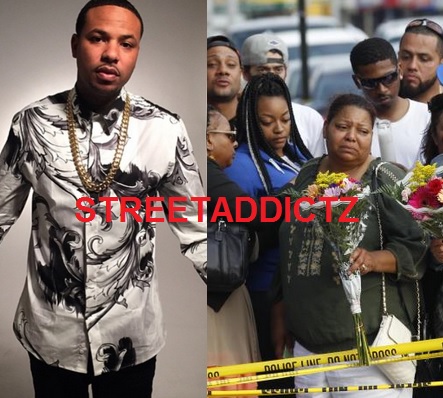 Queens, New York rapper Chinx Drugz  was killed in a drive-by shooting in Queens on May 17, 2015.He was a member of the Rockaway Riot Squad alongside fellow slain rapper Stack Bundles.

Today his mother calls out ‪French‬ and Diddy‬ foe not Reaching Out to her Since Her Sons Death”Say’s they’re disrespectful”.