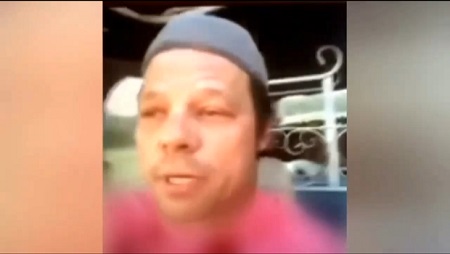 Police have been hunting for more than 24 hours for an Oklahoma man they say posted live videos to Face Book while running from police during a violent rampage that included shooting two police officers, armed car thefts and killing his aunt and uncle, apparently attempting to cut off their heads.
Michael Dale Vance Jr., a 38-year-old man from Chandler, Oklahoma, is wanted on multiple charges, including two counts of first-degree murder. Police say he was last seen early Monday about 30 miles from the Texas border in western Oklahoma 165 miles away from where the manhunt began Sunday night in Wellston

Man kills 2 people and shot four others Livestreams his escape