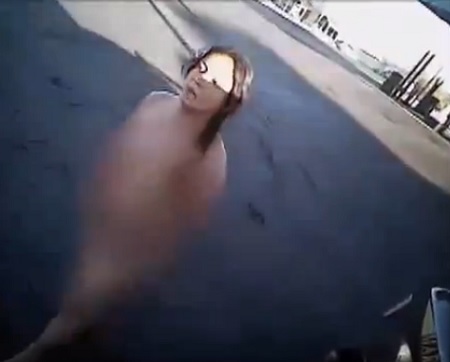 Bodycam of a Maricopa County Sheriff officer has been released showing a deputy’s truck being stolen by a naked woman in Gila Bend.

The video shows the deputy in the truck when he spotted the suspect, which MCSO later identified Lisa Luna, without clothes on Jan. 5.

The deputy gets a blanket but left the truck unlocked and the woman then goes into the driver’s seat.

She drives off as the deputy opens the door and tries to stop her.

A passer-by then pulled into the gas station and the driver let the deputy get in and follow the woman.

Luna was later arrested near Eloy after a 70-mile pursuit.