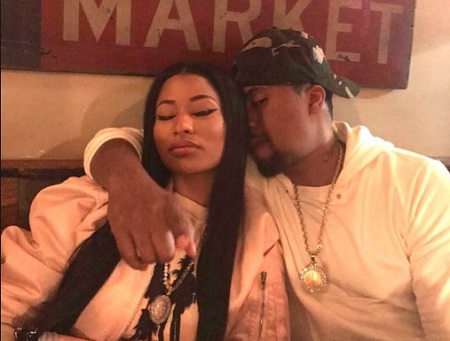 the rap legend was joined by Swizz Beatz and Nicki Minaj.

During the event, Nasir was caught on camera wrapping his arms around Nicki before kissing her multiple times on the face and neck.

That liquor kicked in and Nas treated Nicki like a glazed donut. Legend. pic.twitter.com/wu3mBo9XJk