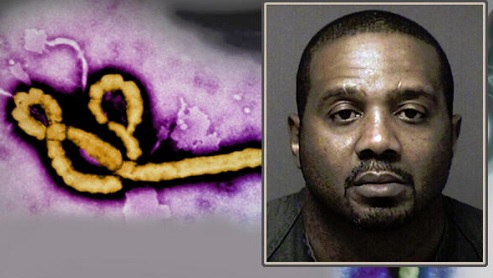 A man called “Hammer” sold “Ebola” out of a New Jersey hotel room, according to police.

Toms River Police arrested a 47-year-old New Jersey man Monday after finding more than 600 packets of heroin, many of them branded “Ebola,” along with crack cocaine inside a room at the Ramada Inn along Route 9.

Investigators found 633 wax folds containing heroin and about 40 grams of crack cocaine in Davis’ possession, according to police.
Officials said the heroin had a variety of “trademark” stamps, including the brand name “Ebola.”