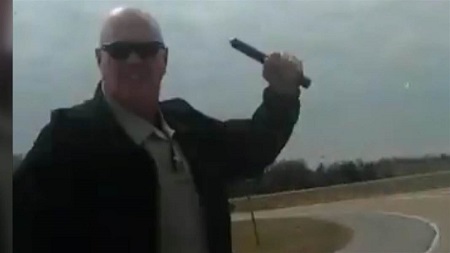 Man livestreamed his own fatal shooting by a police officer on Facebook during a traffic stop on Thursday as his fiancee watched helplessly.

Rodney James Hess, 36, was acting erratically and had attempted to hit cops with his car ‘at least twice’ before he was killed.

In the video streamed on Facebook Live from a roadside in Alamo, Tennessee, Hess can be heard saying he wants to speak to ‘the higher commands’ before leaving his car.

He then appears to make some kind of movement and is shot several times through his windshield.