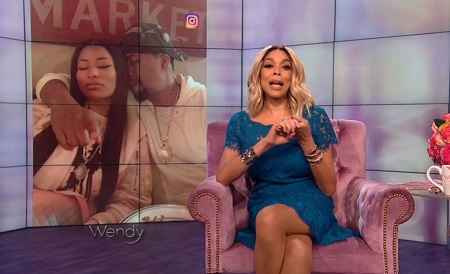 Wendy Williams says the relationship between Nicki Minaj and Nas is fraud and calls it a upgrade for Nicki and downgrade for Nas if it’s true..

They say Nicki watched Wendy’s interviews with Remy Ma and Safaree and was furious. She reportedly wanted to collaborate with Nas in the studio to silence her haters, but her team reportedly convinced her to make it look romantic.