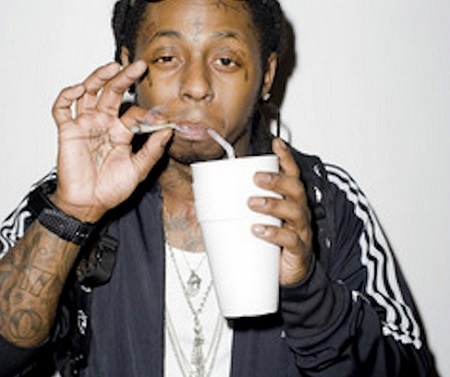 Back in 2013 Weezy fan’s was so scared after the rapper was hospitalized  from catching several seizures….Lil Wayne damn-near died that year from sipping the double-cup of Sizzurp.

According to TMZ…People very close to Wayne say he’s back on the purple horse and it all started back up a couple months ago.

It is reported that Wayne never really made a complete recovery from his numerous lean-related health scares, but his friends say he doesn’t have a single f**k to give.

If you remember, Tunechi told Katie Couric that he quit at the drop of dime after his doctors got his momma to slap some sense into him.