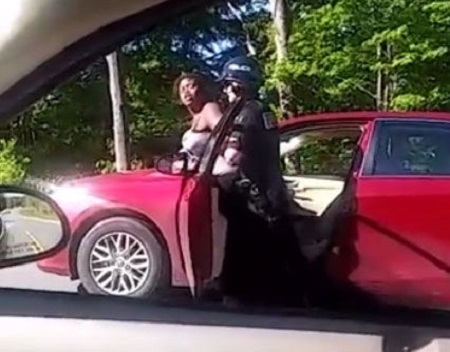 A video posted to Facebook shows a physical confrontation between a woman and a Winston-Salem police officer.

The video was recorded by Da’ton Edwards and shows 24-year-old TeKara Williams, who says she was pulled over for driving 51 mph in a 35 mph zone.

In the video, you can hear the officer, identified by police as Officer J.C. Carter, saying she is being uncooperative.

Williams says the officer asked for the keys to the car she was driving, which she said belonged to her grandfather. Williams refused to give the officer the keys.

“He asked for them and I told him no, and told him why, because it’s my grandfather’s car.