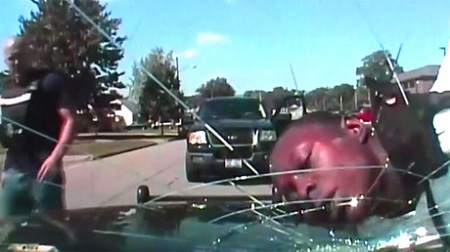 the window leaving the suspects mouth with in blood on September, 2014.

After the September 2014 incident, Smith was treated at Mercy Regional Medical Center for facial injuries. He was later charged with tampering with evidence, obstructing official business and resisting arrest. In a plea deal with prosecutors, Smith pleaded guilty and received probation. Smith, 32, last month filed a civil rights lawsuit against the city and several officers. He is seeking unspecified damages.