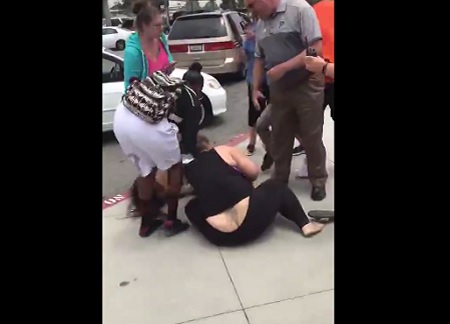 Disturbing video has surfaced that shows a group of parents who are accused of exchanging punches outside of a California high school.

The last day of school may be a normal time for people to get excited and act out, but one would sooner expect it to come from students, not their parents. On Wednesday, the end of the school year for Tahquitz High School in Hemet, California, a group of adults were caught on video engaged in an all out brawl on campus.

The clip allegedly shows a group of parents throwing punches, pulling hair, and kicking each other in front of the school.