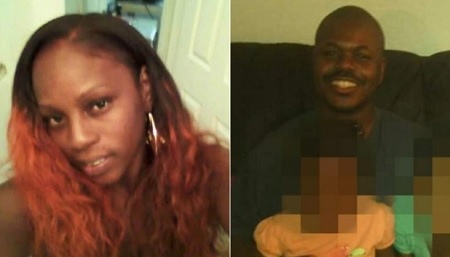 Kisha Michael 31, along side Marquintin Sandlin 32 were both killed in Inglewood Ca.
Police said they felt threatened and the women had a gun in her possesion, but Kisha’s sister Trisha stated that she never owned a gun.
The Mayor of Inglewood says the couple was actually unconscious when police shot them!

James Blunt spoke to NBC4 News about the incident here:

How does this even happen??? Of Course, LAPD is declining to respond until they ‘collect all the details’.
Kisha Michael 31, was killed along side Marquintin Sandlin 32, both single parents who were dating.
Trisha Michael, Kisha’s twin sister said she tried to get more details about
what actually happened and police left her questions unsatisfied according to the LATimes.
Trisha also stated that Kisha never owned a gun. Both victims are described as devoted parents by their families.