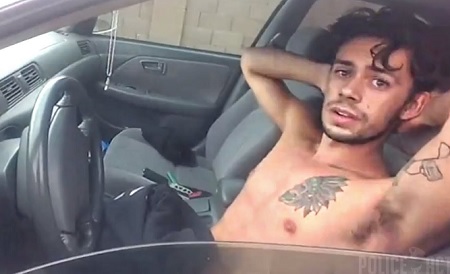 The Phoenix Police Department on Tuesday released bodycam footage of an officer firing at a driver fleeing a stop. Around 8 a.m. on July 20, police initially responded to a suspicious-vehicle call.

The video, captured by the officer’s bodycam begins moments after he pulled over 22-year-old Antonio Garcia Goff in an area near Greenway Parkway and Seventh Street.
The recording officer first asks Goff if he has any identification, but then immediately sees a stun-gun and a knife on the passenger seat. “You’ve got a stun gun and a knife on your front seat,” the officer says. “I’m sorry,” Goff responds, with his hands behind his head while seated behind the wheel. “Get out,” the officer orders. “OK,” Goff responds, before rolling up the window.