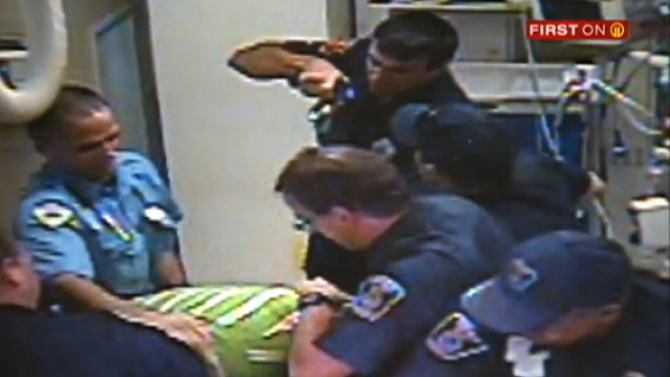 Reverend Earl Baldwin Jr. of Pittsburgh filed a civil rights lawsuit against police after they allegedly mistreated him and tased him in a hospital emergency room. Baldwin claims he was trying to pay his last respects to his dead stepson when the incident occurred.

Baldwin said, he was trying to pray for 23-year-old Mileek Grissom in the UPMC Mercy Hospital, when officers pulled him away and tased him. “I needed to tell him his family was going to be OK,” Baldwin explained to WPXI. “I was going to do everything I could to make sure they were OK.”

Video from a hospital camera shows a distraught Baldwin handcuffed and surrounded by several officers trying to pull him away from his son, and one of the officers shooting him in the back with a taser. Officers say Baldwin was interfering while doctors tried to revive Grissom, but a family attorney says Grissom was dead and not being treated at the time.