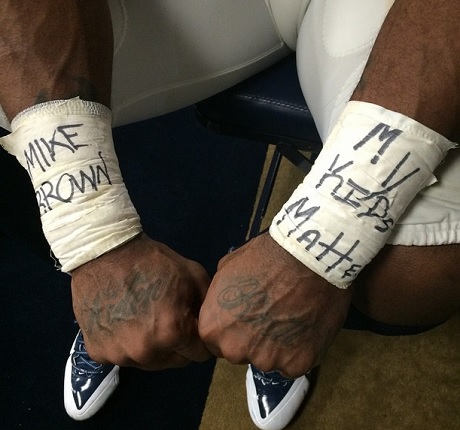 Five St. Louis Rams players took a stand for something bigger than Ferguson 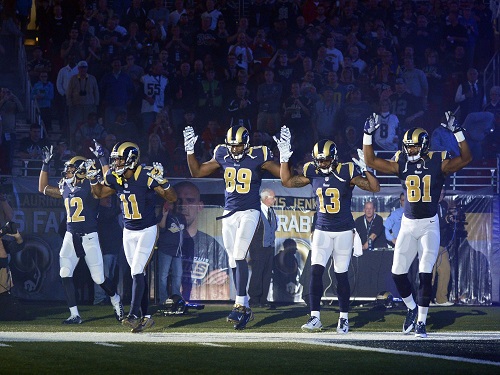 Some witnesses said Brown had his hands raised when he was shot to death, but others, including Wilson, told the grand jury that Brown was charging after the cop when he was shot.

The St. Louis police union statement said the players “chose to ignore the mountains of evidence” released by the grand jury and engaged “in a display that police officers around the nation found tasteless, offensive and inflammatory.”

The group called for the players to be disciplined and accused the Rams and the NFL of being hypocritical.

“We respect and understand the concerns of all individuals who have expressed views on this tragic situation,” the NFL said in a statement to The News.