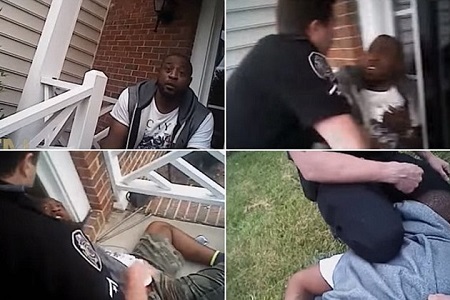 …reports had been made of a possible break-in by a man with a shovel.

He provided photo evidence with the same address, and that he lived with his mother. While calling his mother, the officer escalated the situation.

Yourse was initially charged with resisting arrest and assault on a government official, but the charges were later dropped. The officer resigned before an investigation was completed.