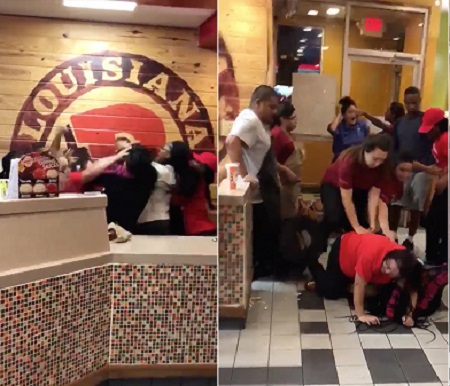 SAN MARCOS – After his employees were seen fighting customers behind the counter in a viral video, Popeye’s owner Vedo Kemra said his staff was defending their pregnant general manager who was repeatedly kicked in the stomach during the brawl.