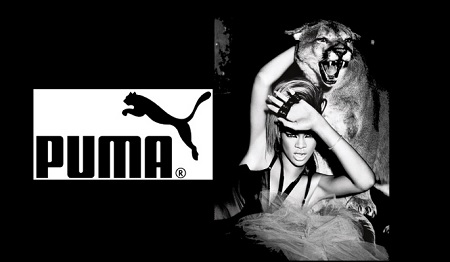 Thanks to Puma collaboration with Rihanna they made over $879 Million..
Towards the end of 2014, Puma surprised sneakerheads by naming Rihanna its women’s creative director,

and now a little over a year later, it looks like the move has paid off big time.

Bloomberg Business reports that Puma’s 2015 fourth quarter earnings managed to surpass analyst predictions with $879 million (roughly $975 million) in sales, which are up 17.1 percent from fourth quarter 2014 and far beyond expert projections of €847.9 million.

According to the brand, the sales surge is due in large part to its sneaker collaborations with Rihanna, and Puma CEO Bjoern Gulden added that Rihanna “can sell sneakers and Puma is onto something here which we haven’t seen yet in the women’s area.”

Next up from the Rihanna x Puma collaboration is the Fenty line, which made its debut last week at New York Fashion Week. Meanwhile, we can only imagine that Puma’s just-announced Kylie Jenner partnership will help to further bolster sales. Stay tuned.