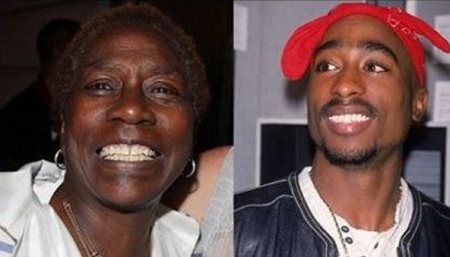 Mother of the lengendary rap-star Tupac dies at the age of 69.

The center, which closed recently, offered training to young people in the arts in Atlanta.

A Tupac Shakur biopic, called ‘”All Eyez On Me” was being filmed in Atlanta earlier this year. Danai Gurira, from the “Walking Dead” was reportedly playing Afeni in the film.

Tupac Shakur, who died in 1996 at the age of 25, rose to international fame and infamy during the first half of the 1990s. His rap lyrics and the characters he played in popular
films ranged from incredibly violent and crass to soft-spoken and introspective.

Shakur achieved record-breaking album sales but also had volatile run-ins with police.
He survived a 1994 shooting in the lobby of a Manhattan studio, but was killed two years later in a still-unsolved Las Vegas drive-by shooting.