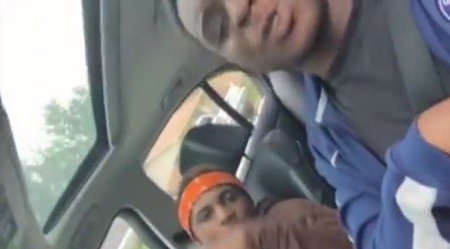 What a bunch of idiots: Two teens who stole a BMW used the victims iPhone to record videos of them having a great time not knowing everything was being uploaded To the Victims iCLOUD account.

“Grady’s wife, Joyce, borrowed the silver BMW from her boss after her car broke down and was in the shop. She was low on gas and asked her son to head to the Marathon Gas Station in the 3100 block of South Mendenhall. The son said when he hopped out of the car, the two teens hopped in and took off. “It has disrupted my whole life, why whole way of being,” said Joyce. As the teens were using the phone left inside the car, their video popped up on the family’s computer. Witnesses said the teens hang out in the area and they have been spotted in the silver BMW on the same street, event at the same gas station where it was taken. The family is begging us all to take a long look at them and do the right thing.”