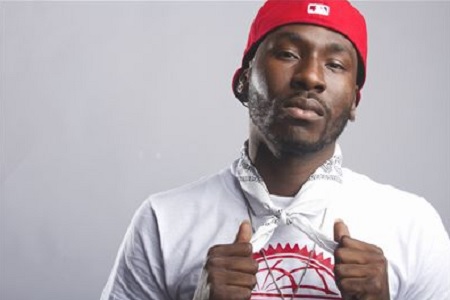 Upcoming rapper Bank Roll Fresh was found dead outside a north east Atlanta studio Friday night. Sources have reported that there were more than 50 shell casings found on the ground outside the studio.

Bankroll died while in transit to an area hospital, but that his name had not be released.

Bank roll begin to rise after the release of his 2014 tape Life Of A Hotboy and his exclusive single “Ballin Like A Hot Boy”…Bank later grabbed Lil Wayne, Turk & Juvenile for the Remix which can be heard here https://www.streetaddictz.net/bankroll-fresh-

“rip bankroll fresh. Condolences to his family and friends.

Check out the tweets below and we’ll keep you posted on this developing story.

Damn this one Hurts… #RIPBankRollFresh

Man I’m a fan of Bru and always will be , I’m in shock at the moment !! Senseless deaths we just got to stop it , I’m speaking up now ??

I’m sick to my stomach ?

R.I.P. Bankroll Fresh this is so sad