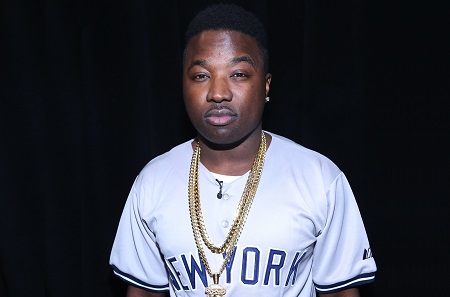 Rapper Roland Collins, aka Troy Ave from the Crown Heights neighborhood of Brooklyn, New York City was shot on Christmas around  4:20 p.m.

Police were called to reports of a shooting on East 91st Street and Linden Boulevard. Upon arrival, police officers found Ave who had been injured.
According to reports, Troy Ave was driving in a red Maserati when he was shot, once in the arm and another bullet grazed his head. His injuries are not believed to be life-threatening, according to the rapper’s attorney.

Troy Ave, who is 31, was on his way to family for Christmas, the attorney added.

Back in May 2016  Troy was shot as well as 3 other people at the venue Irving Plaza Wednesday night, before rapper T.I.s  performance.