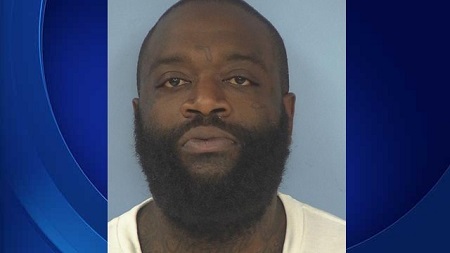 Ricky Rozay has a lot of negative situations going on right now. The MMG honcho and his bodyguard were arrested overnight by the Metro Atlanta Fugitive Task Force on outstanding warrants for aggravated assault. It’s his second stint into the Fayette County jail this month. Rapper Rick Ross arrested again in Fayette county on charges he pistol-whipped a man working on his mansion. According to sources, Ross was having work done on the property he bought in Fayette County. Ross allegedly got into a fight with one of the workers and pistol-whipped him.
Ross’ bodyguard was also arrested. Both men are charged with kidnapping, aggravated assault and aggravated battery. They will be held at the Fayette County Jail as they await an initial appearance and a bond hearing. Ross was arrested earlier this month for marijuana charges, after being pulled over for his tinted windows, earlier in the month. Watch video below,