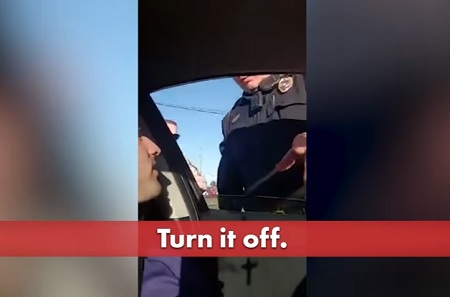 When defense attorney Jesse Bright was pulled over in North Carolina while moonlighting as an Uber driver, he began filming the encounter. Allegedly, he had been pulled over for picking up a passenger from a known ‘drug house,’ but that didn’t stop Bright from continuing to film, despite the police officers incorrectly telling him that it was illegal to do so.