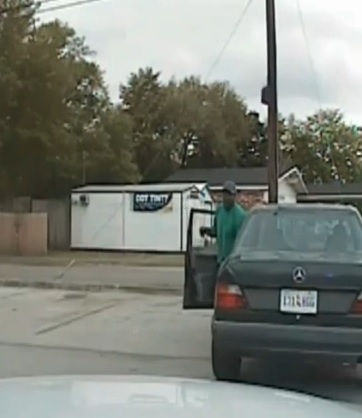 Video footage shows Walter Scott fleeing a traffic stop minutes before he was shot dead by police officer Michael Slager has been released by authorities in South Carolina.

The recording shows Scott, 50, making a run from his Mercedes-Benz after being warned to stay in the vehicle by Slager, who had stopped him for a broken tail light in North Charleston last Saturday morning.

Walter Scott was shot by officer Slager in the back as he tried to flee.